There’s really nothing better than being on a team full of talented people and being able to be a small piece of something great.  All too often photography is “one person” focused meaning that its just the photographer doing the work … but when you get other people involved outside yourself … magic happens.

Last Sunday I was privileged to be the photographer piece of the “A-Team” of artists that made for a super fun and successful fashion shoot.

The photoshoot was the brainchild of my good friend Natasha Ohlman who orchestrated the whole thing.  Not only did she have the original creative vision for the shoot, but she pulled together a fantastic group of professionals to collaborate with.  In addition she found and secured the locations (HopKat and Calvin College Library), gathered all the clothes (from Muse Boutique) and shoes (from Fifty Two 7) to round out all the details. And finally Natasha found all our models including Azizah Hines, Jacalyn Huizenga, and Ben and Aaron Stoner.

The hair styling was done by Erin Brown of Studio Q and the makeup was done by Julie Strating and both of them knocked it out of the park.  I really wish both of them could be with me on every shoot I do… wow!

Before I get to the pictures I had to share a few thoughts from the photography side of things.  First and foremost it was so much fun because I had Natasha right there to help direct the poses and locations…  it was a beautiful collaboration that really “upped” the production quality of the poses.  In addition having Natasha there to help with the models freed me up to really focus on lighting and composition – what a delight.

And speaking of lighting… I used various combination of  2 studio strobes and 1 flash to light throughout the day.  In many cases I had a very small area to work with (only a few feet) so finding ways of getting the light to go where I wanted it was definitely a challenge.  A few things I did a lot on this shoot was shooting into (reflecting off of) smaller umbrellas to help give more directional light and minimize light spilling everywhere.  In addition my flash (off camera of course) was set at a high mm setting (between 120-200mm all day) to help get more of a spot light effect.

OK, on to the pictures… I’ll speak a little more about the library shoot later in this post… but to kick things off here are a few favorites from HopKat. 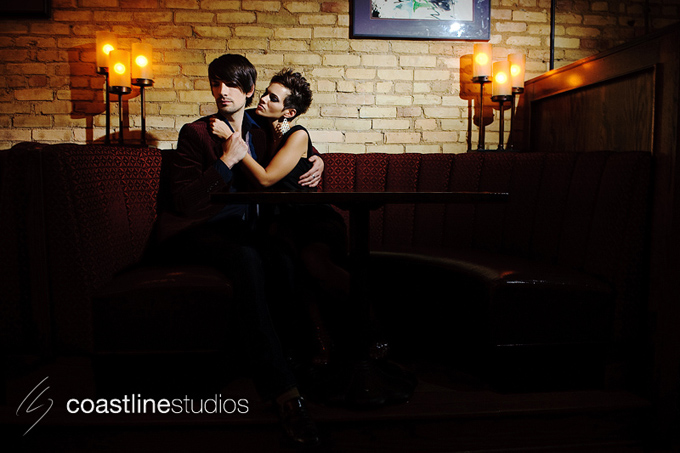 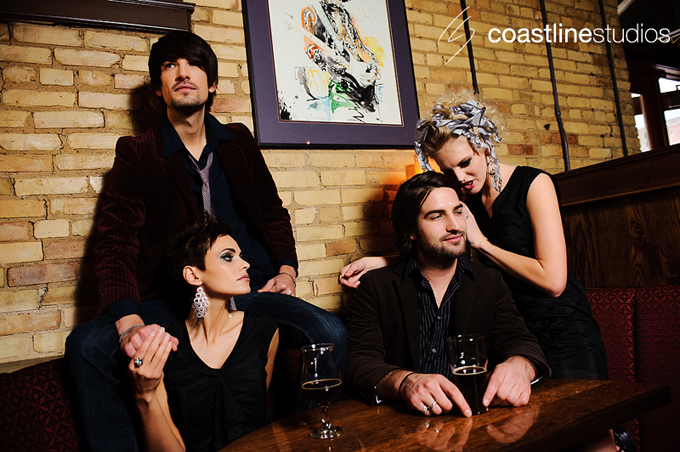 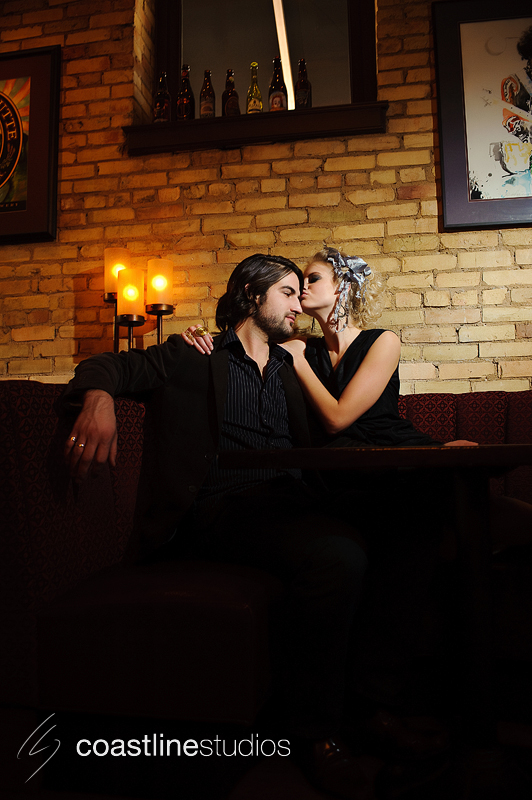 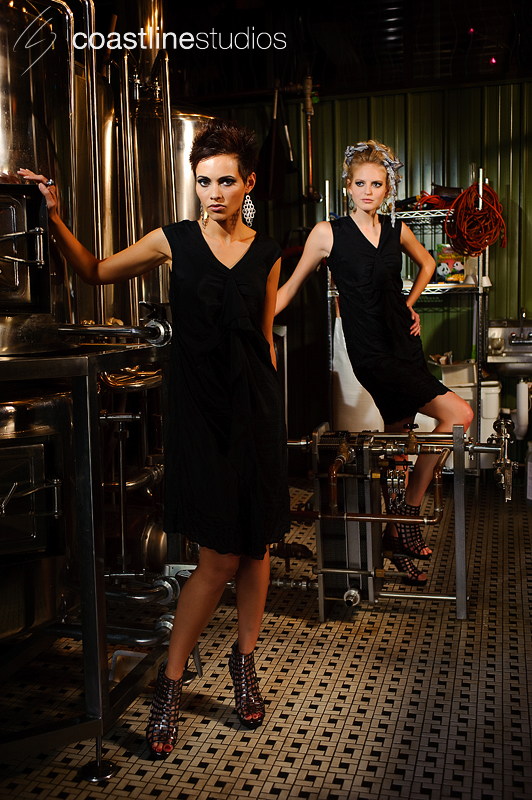 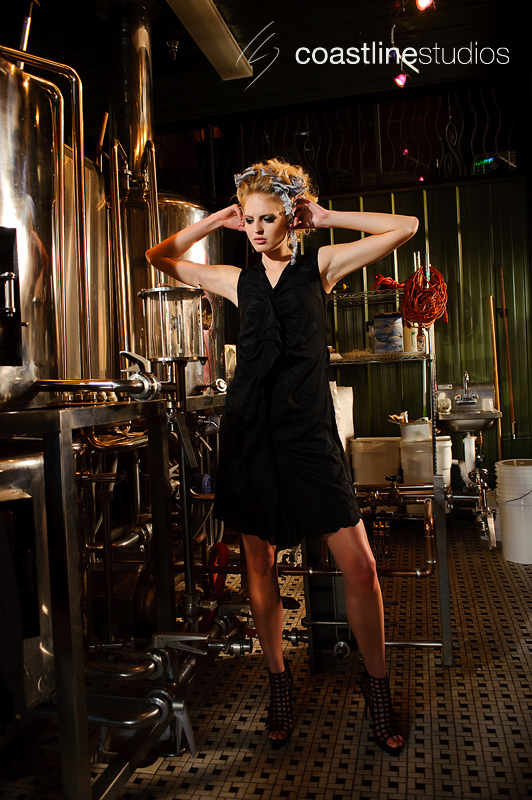 So shooting in the library… I must admit that at first I was a little unimpressed with this 2nd location… its just a bunch of dark rows of books right?  Well when I first saw the rows of books it kind of was uninspiring, but thats because I didn’t know what outfits and looks (hair and makup) Natasha had in mind.  Once the models walked on set I was instantly on the same page with Natasha’s vision and saw how it all went together.  Truth is the Library set was my favorite, and here’s why…

Have you ever tried lighting someone halfway down a dark library isle and not have it look flat?  Well its not easy.  After doing some brainstorming we decided to take some risks and move countless rows of library books off shelves to shine through from the neighboring isles.  The result was a fantastic lighting show that added so much dimension and drama that I just fell in love.  I love how disguised the light is in some of these shots… like it comes out of no where (well now you know where its coming from, but if you hadn’t read the paragraph above you’d probably have to look twice to figure it out). 🙂 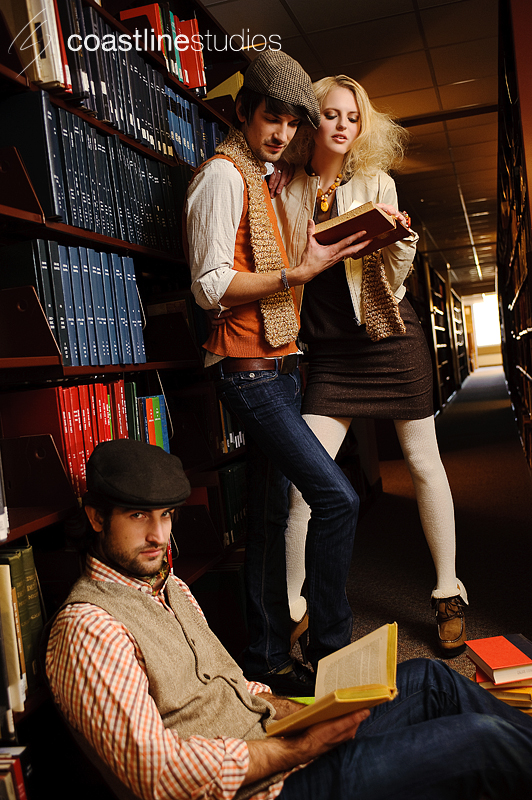 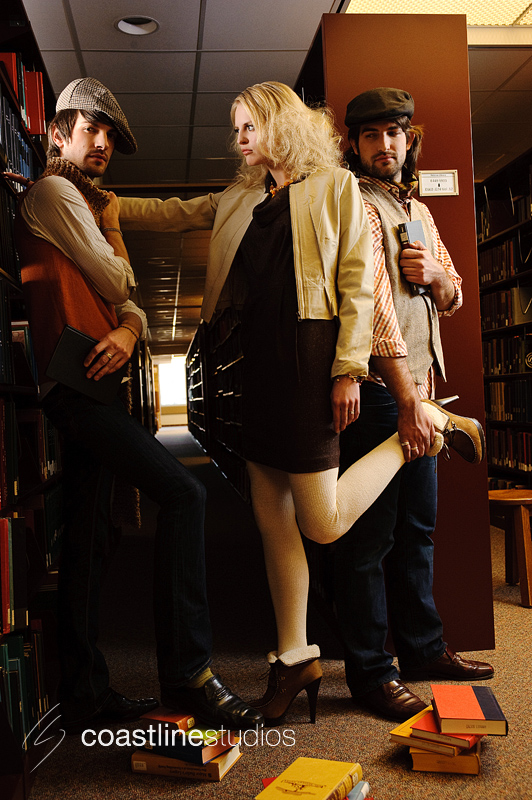 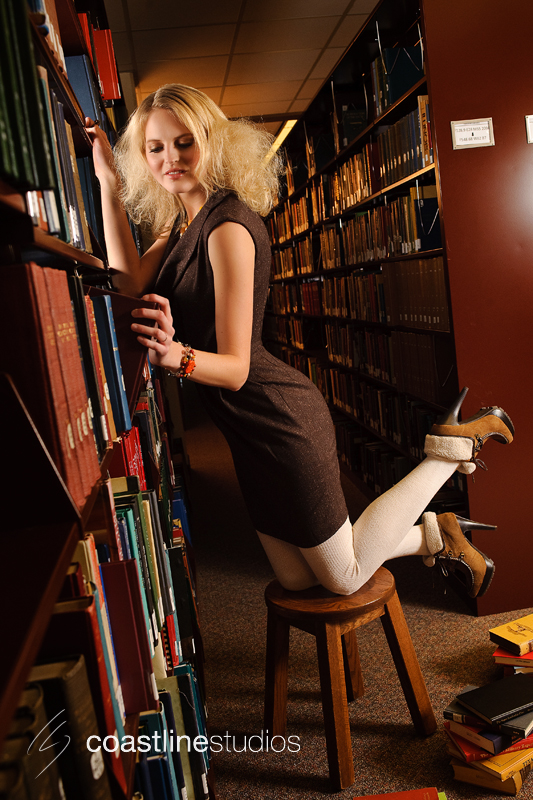 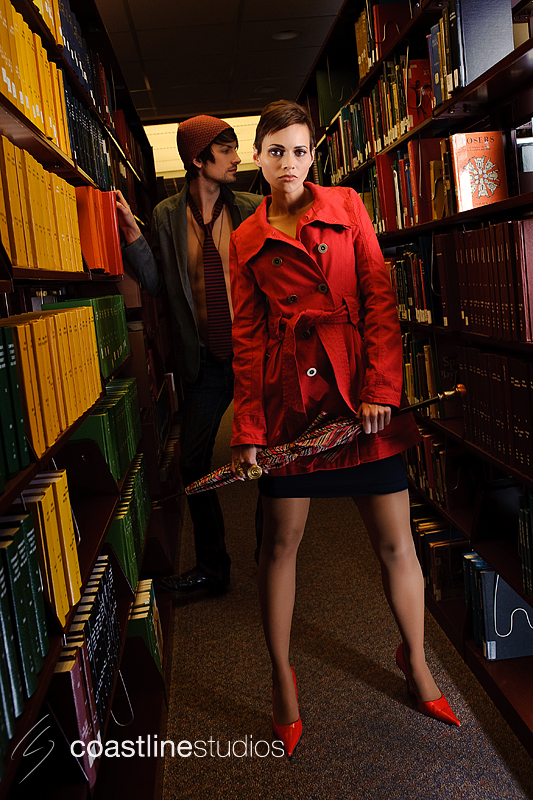 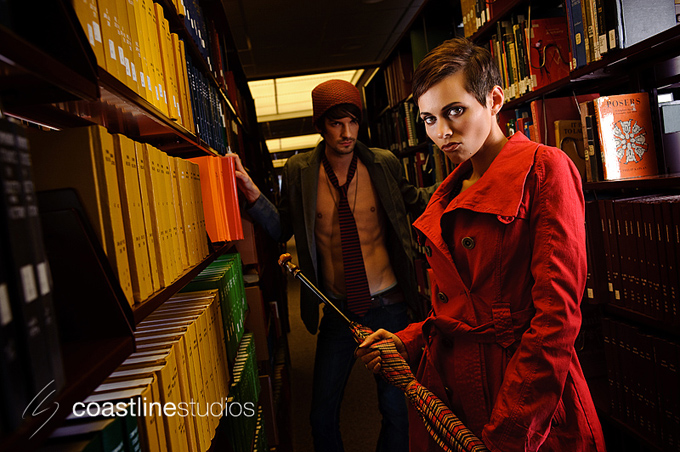 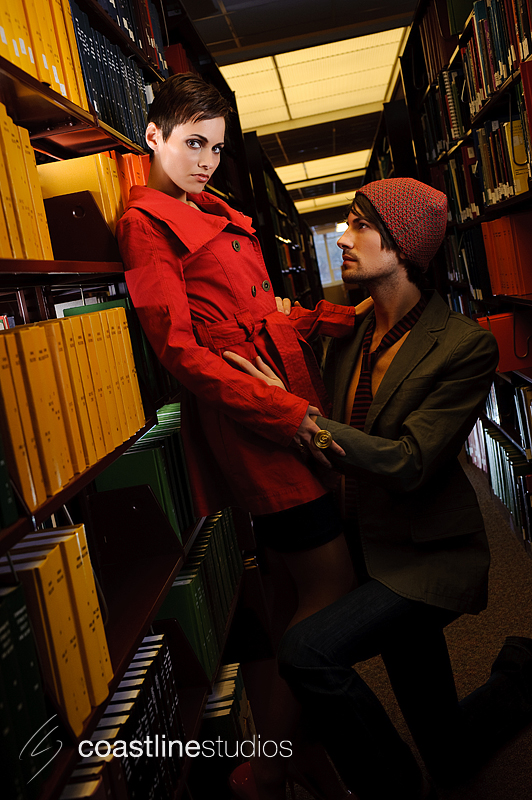 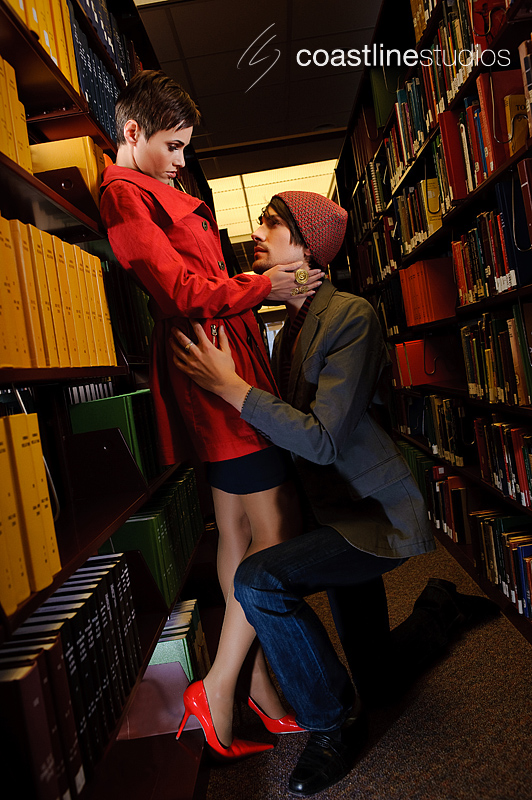 This is just a few shots from the day and I promise to post more soon… Hope you enjoyed seeing them as much as I enjoyed shooting and lighting them.  🙂