Mis-fired flashes are my friend.

As I continued editing through Allison and Adam’s pictures I came across 2 pictures that I just had to share where the off camera flash didn’t fire.  Because I was shooting RAW though, I was able to pull back some brightness and discover some great shots that I might have passed over had I been shooting JPEG (to hard to rescue).

This first shot was taken rather quickly as a train was threatening my photoshoot and we had to get off the tracks quickly.  In the process of moving all our gear the flash had been turned off… and in the flurry of activity there was a last minute idea to try to get the train passing behind them.  Of course with the flash off, and with no light at all to help me focus with, I started firing off shots hoping one would be in focus and that the flash would charge in time.  Well the flash didn’t charge in time (or rather get set up in time with the pocket wizzards), and most of the shots were out of focus with no flash.

THIS ONE however was in focus… but WAY underexposed because there was only the dim lights coming from the train tracks.  But since it was shot with RAW, I was able to pull up the exposure to get something out of it… 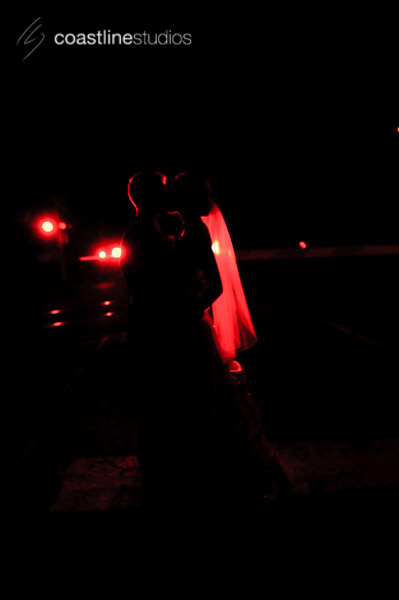 This second picture was shot without flash as well, but had some “rim light” coming from my video light.  It was also severely underexposed, but I pulled it back thanks to the RAW file’s exposure cushion.  It’s not as cool as the image above, but I still like it and think its “out of the box” different / cool. 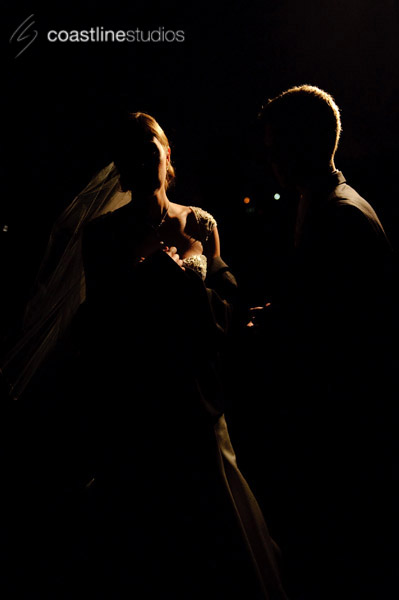 Sometimes accedents make the best pictures, and sometimes those accedents can spark ideas for future shoots.  I know these shots did.  I’ve got to do more night time shoots with video lights and OCR… and look for natural city lights to use with them!