I recently had an opportunity to capture an innovative concept design of an automobile interior created by a talented group of artists and engineers of Faurecia, a worldwide automobile parts and design company.  The shoot was both photo and video, and was unique in that I shot the video using the Nikon D90 and the stills with the Nikon D3.  While I am limited in what I can show, I was given permission from the company to share a few photos with you!

This first shot was actually one of the last shots we took, but I am showing it first as it displays the model we were photographing.  Lighting was of extreme importance and I was glad to have my good friend Jay Irwin there coordinating the lighting with me. (Technical note: all the lights were constant, not strobes.  We  used video production lighting for this shoot) 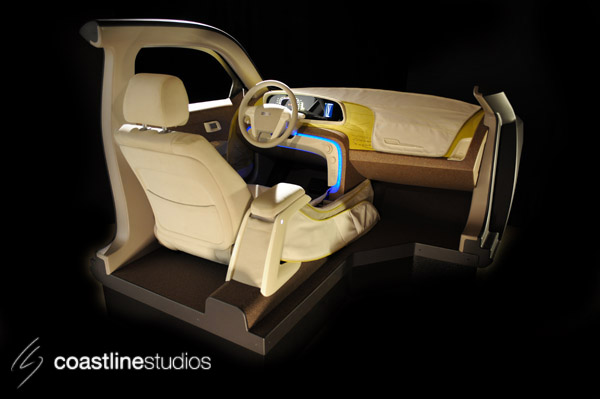 The passenger side of the center console featured a stowable flap for storing a purse, or handbag. 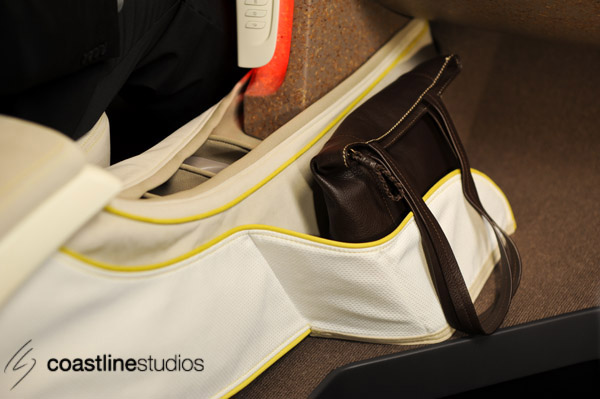 The dashboard features a number of innovations, my favorite of which was the iPhone integration as a central informational display component for the operation of many features of the car (radio, temp control, GPS etc…)  The iPhone is inserted on the right and automatically rotates to a tall or wide orientation depending on the application being used.  In the image below the iPhone is displaying the temperature set by the user (55 degrees). 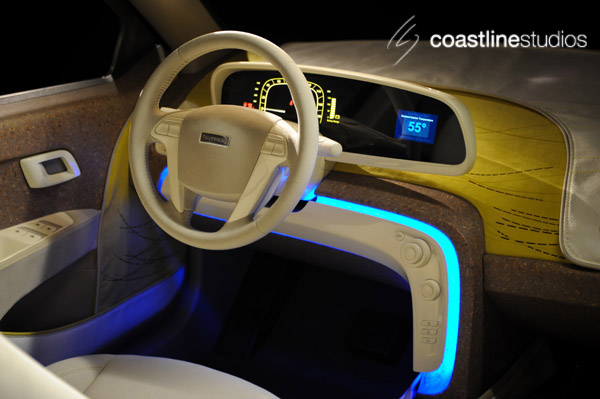 Another innovation was a color changing dash light that adjusts to the temperture set by the user.  Shown below in red for a warmer setting (70+ degrees).  Notice the iPhone is displaying the current album art for the music being played. 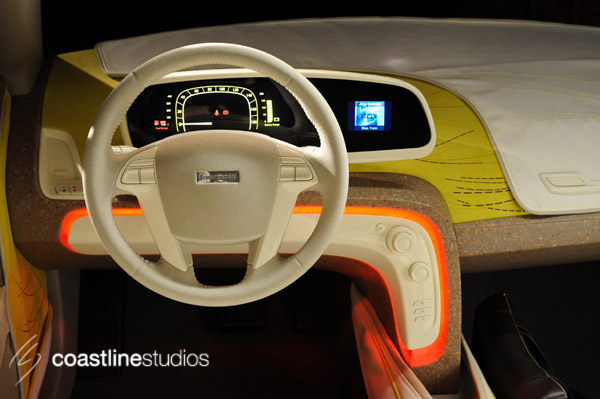 Here the dash is shown in blue for a colder temperature (roughly 60 degrees or lower).  Note the iPhone is displaying a GPS display.

A close up of some controls, and the lighted dashboard design.  I also like the detailed stitching near the glove box at the top right. 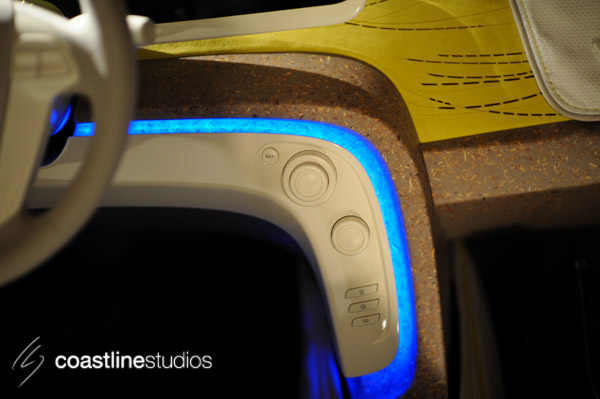 Temperture controls located by the vents. 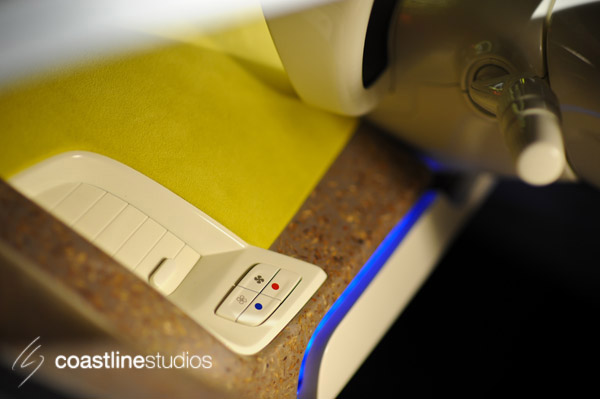 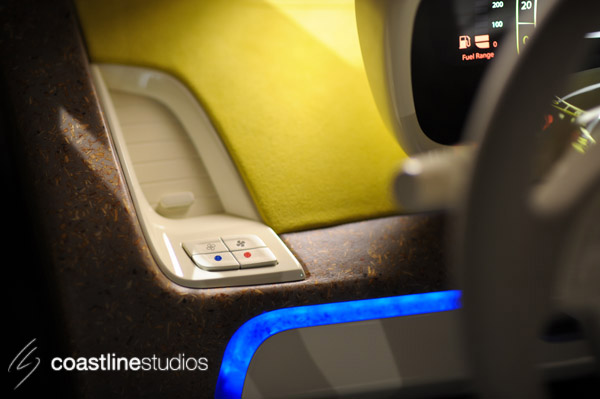 A detail shot of the door panel and controls. 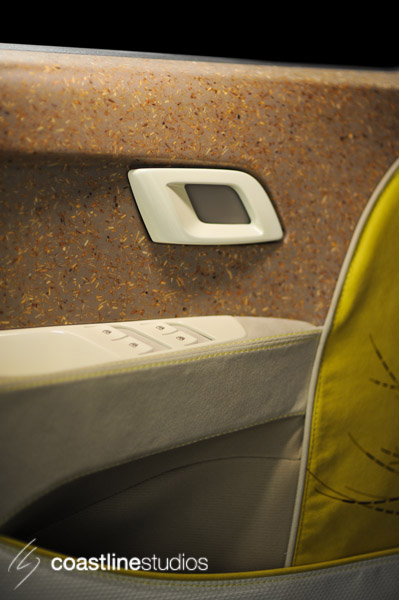 There were many other innovations and designs I didn’t include in this post, all of which were beyond creative.  The craftsmanship, design and overall concept of this model were all outstanding.  I am so impressed with this company, and hope to see more of their designs implemented in more US cars soon.  Well done guys!