Cornerstone’s “Turn of the Screw” Production

Yet another amazing production from Cornerstone’s theater department, “Turn of the Screw” was mark of brilliance for the school.  The directing and acting of this production were outstanding, especially considering there were only 2 actors the entire time and they never left the stage.  If you haven’t stopped by Cornerstone for one of their performances lately, its well worth the trip.  Check out http://www.cornerstone.edu/academics/theatre/ for more information on upcoming shows.

This production would seem easy to photograph being that there were only 2 actors total, however the lighting for the show brought a whole host of new challenges.  Not only was the majority of the show lit very dimly, but the colors and brightnesses of each lighting plot were changing constantly.  Keeping up on both stills and video was definitely a challenge to say the least.

Here are a few of my favorite shots from the production… this first shot actually had some bright light in it! 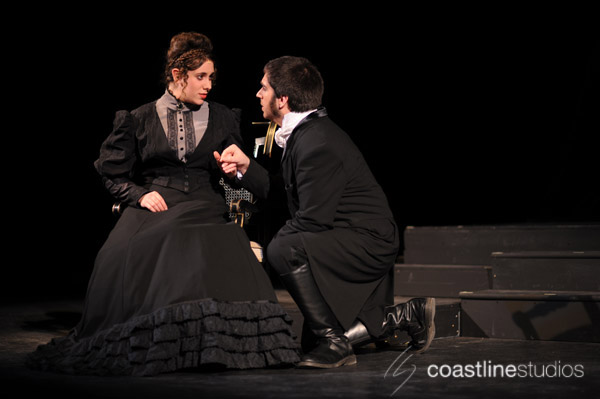 The set was very simple… just a few windows that were lit and hanging suspended in the air, along with some children’s toys also floating high above the actors (shown later in this post).  From a photographer’s standpoint I was constantly thinking “background” since most of the stage was black, it became very important to stand in the correct places to position the background elements where I wanted them.  Half of the shots below are mostly about the positioning of the background to the subject while capturing the key moments of the story. 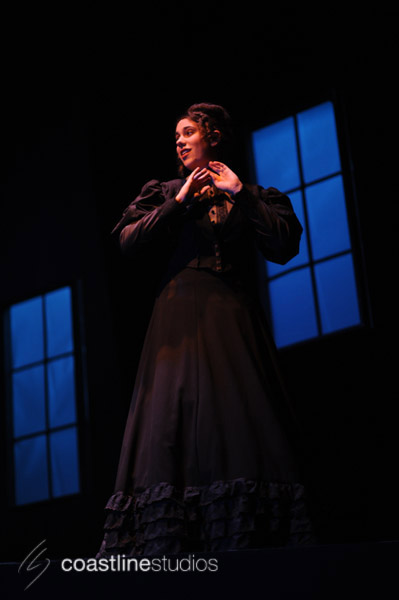 Another thing to point out in the image above (compared to the image below especially) is that there is not always a “correct” color balance in theater.  If the lighting on stage is warm or cold,  it’s that way for a reason and to fight that would be untrue to the production.  The image above or below look like they could be “off” in white balance, but in fact they reflect what the scene’s lighting colors were at those moments… thus they SHOULD be different. 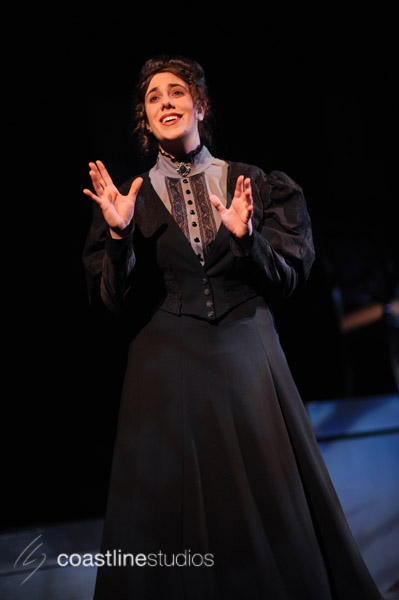 I like the use of negative space in this next shot.  Without going into the story, this shot’s empty frame really portrays what the actor is going through as she feels her way through the darkness and loneliness of her circumstances. 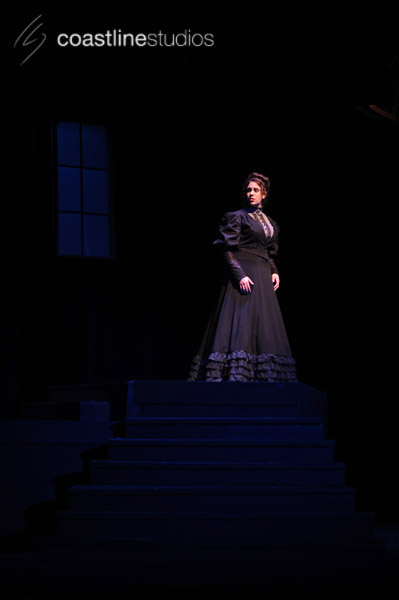 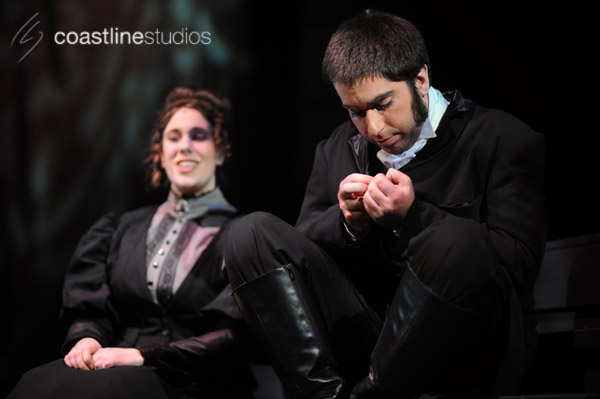 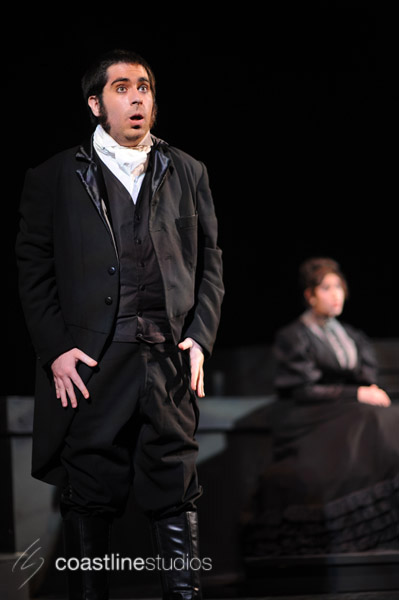 Love the lighting and color in this one!  And of course the use of the minimalistic set decor behind the actors to give it some depth. 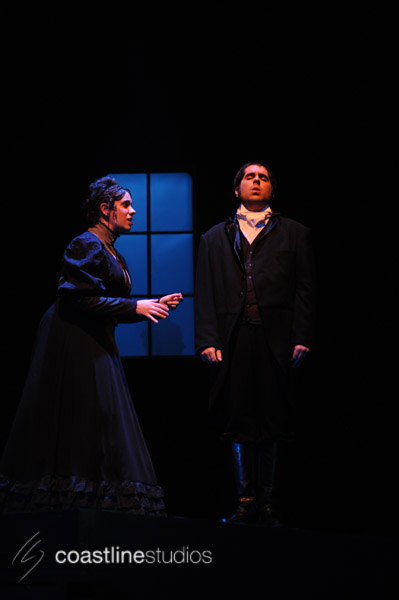 I thought this one looked good in sepia. : ) 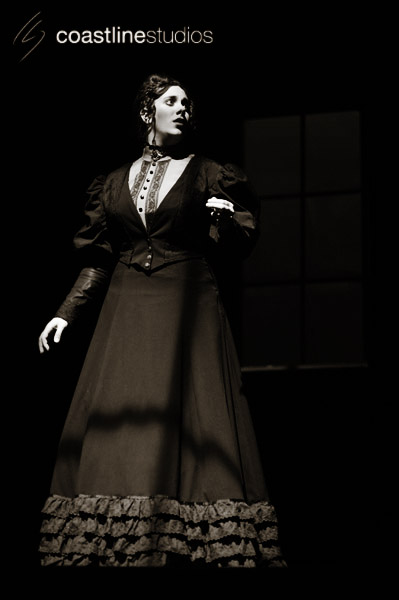 Now things start to get REALLY dark.  This shot was taken on the Nikon D3’s amazingly clear 3200 ISO at f1.8 1/100 shutter.  Simply unreal what this camera can do.  Oh and this image is actually brighter than what was on stage… it was almost completely black for these next few shots.

This one at 1600 ISO f1.4 1/80 shutter.  Notice the rocking horse hanging above that I mentioned earlier. 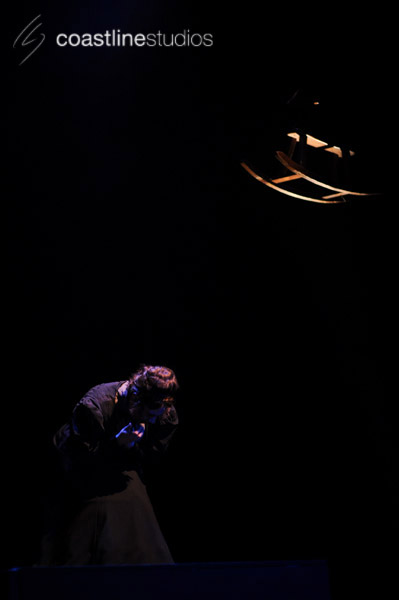 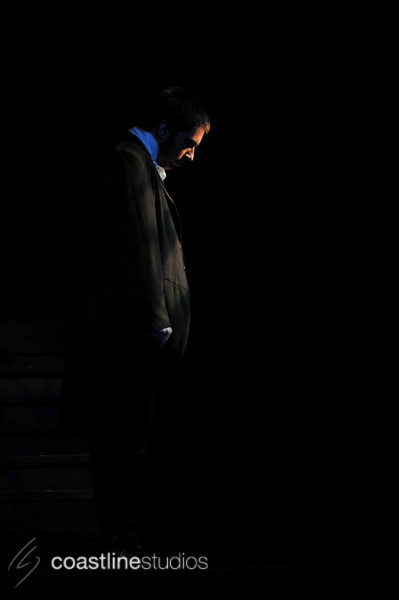 These 2 actors have been at CU for quite a while (I think they are seniors?) and their performances were nothing short of fantastic.  The emotional depth they get to was and is very impressive.  Completely genuine and believable 100% of the time. 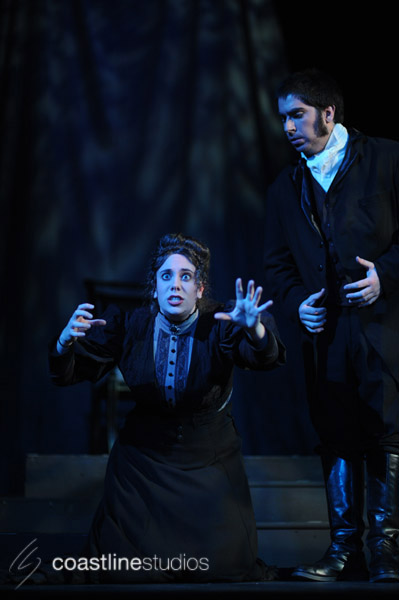 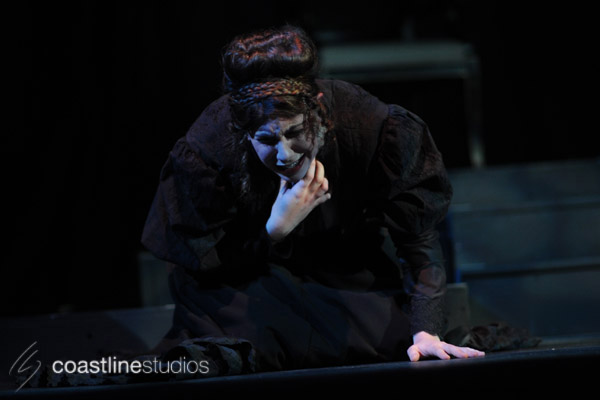 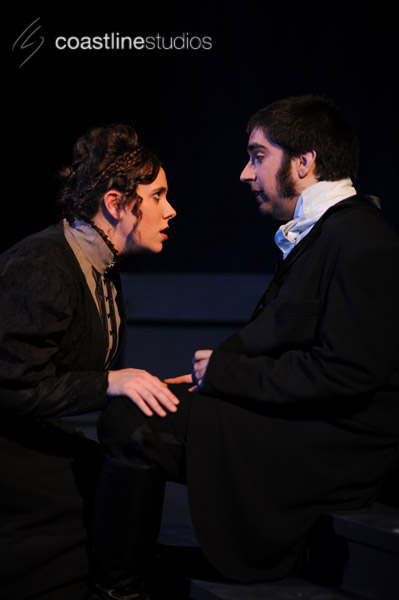 I like the split coloring on their faces in this next shot. 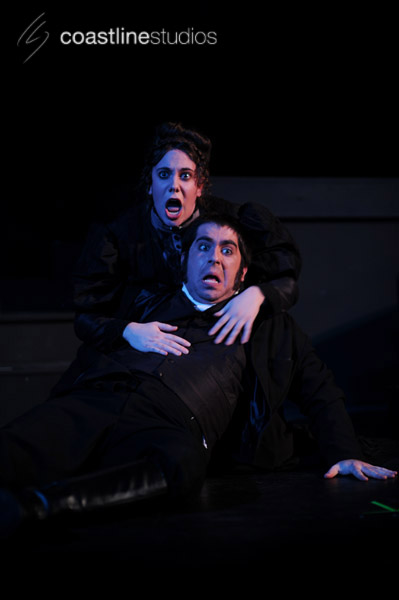 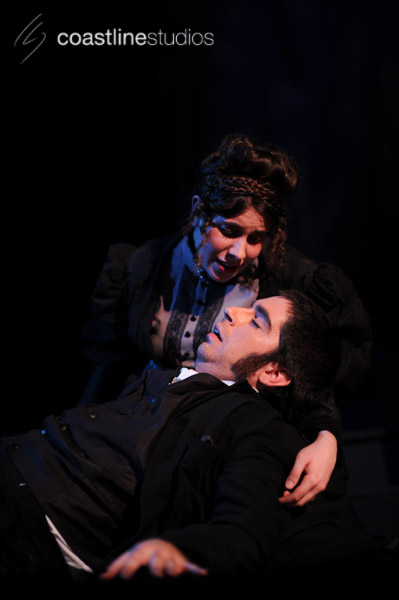 One last technical note… I shot the entire production on my 85mm 1.4.  All the composition changes were done by physically moving closer or farther from the action.

Great job CU Theater!  Glad I could be a part of capturing your artistry. : )